A team of 14 from Riverside Church, Ayr Scotland arrived at the Kitega Centre on July 15th 2018. The team arrived during the climax of the 2018 VICOBA camp and it was a blessing to have them at the official closing of the camp. 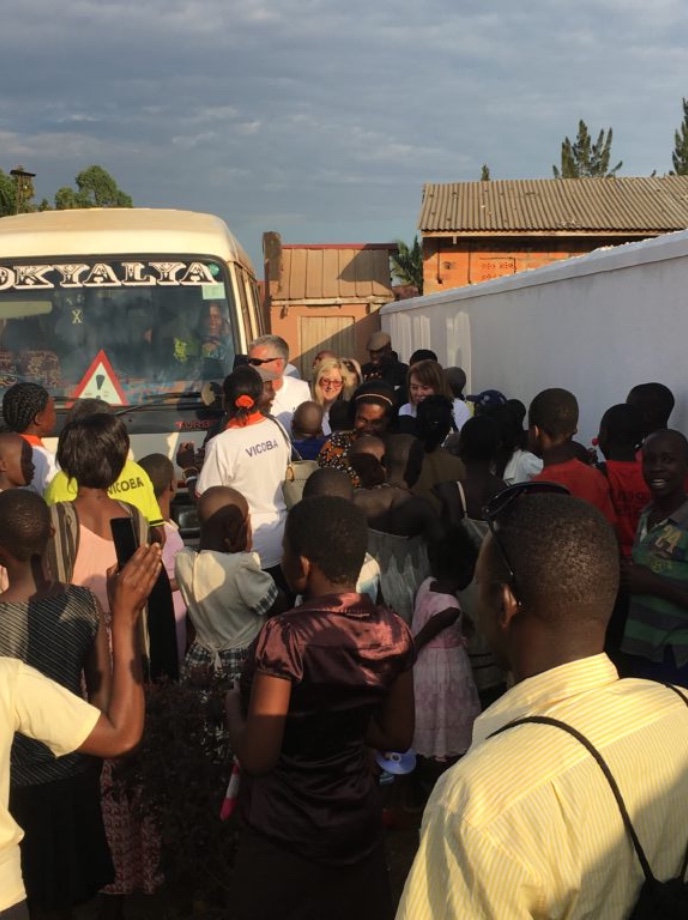 The two weeks were filled with several activities and these were a blessing to the team and the communities they reached out to.

The team spent time with the children with disabilities at the Centre, doing games, class activity, music and just spending time learning more about them. Lynn, Wilma and Ricky from Australia all joined to work with Kennedy the Centre’s OT to bring services and additional support to some of the severely disabled children.

Linda Hopper also met with the guardians of the children with disabilities to motivate and encourage them.

The team organised several games and awarded medals to all the children that participated. These medals are special, the children have made them part of their Centre uniform and come with them everyday. 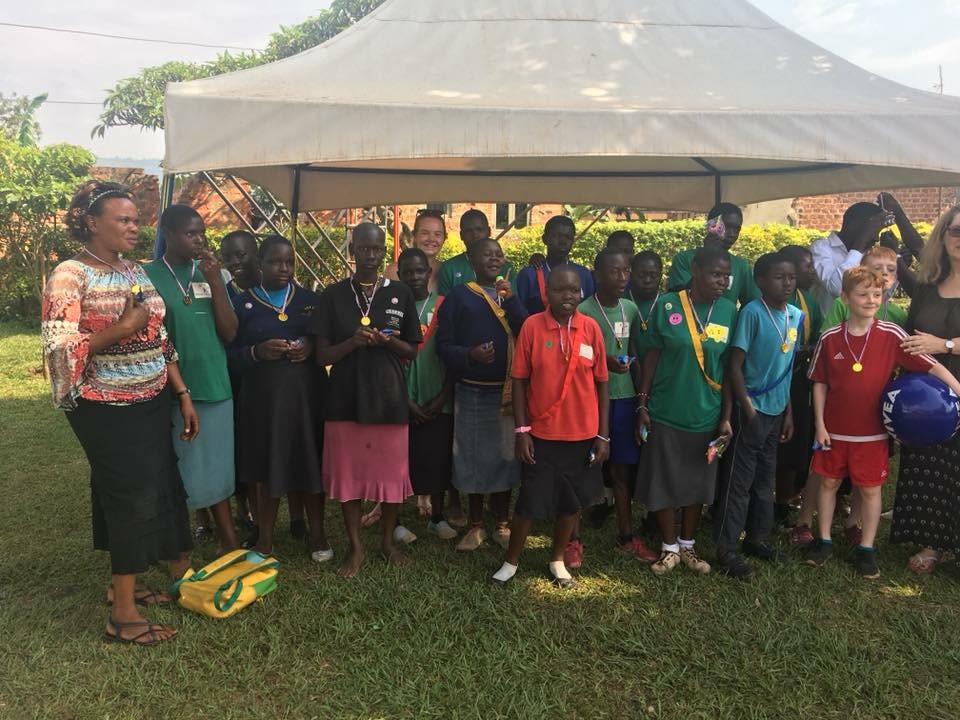 In addition the team reached out to some of the partner schools; sharing scripture, doing games and participating in class activity. 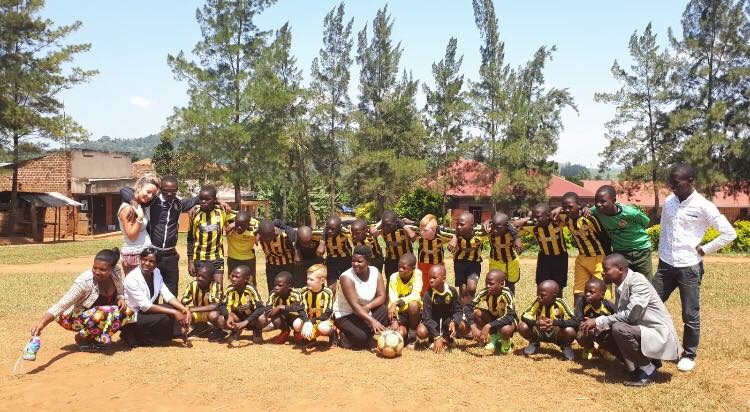 Katungulu School was also visited, the school has over 170 pupils and receives project porridge support to feed the children while they attend school, and other administrative and capacity support from the Centre. 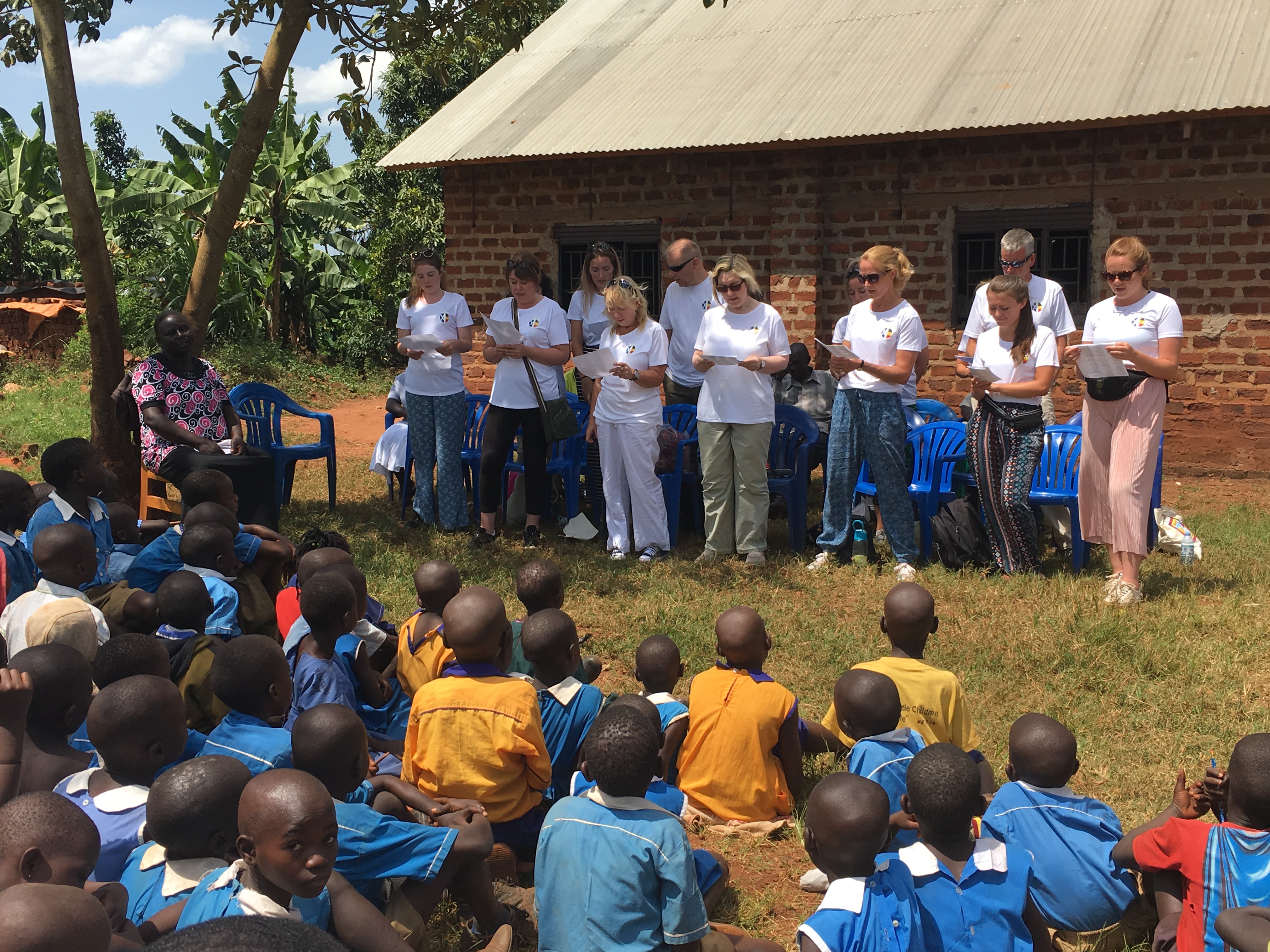 The team visited the school and prayed for the children during their school assembly, participated in class activity, doing games and some cultural sharing of Scotland, and the visits were always climaxed with games and songs. The children and the teachers were encouraged by the visits. 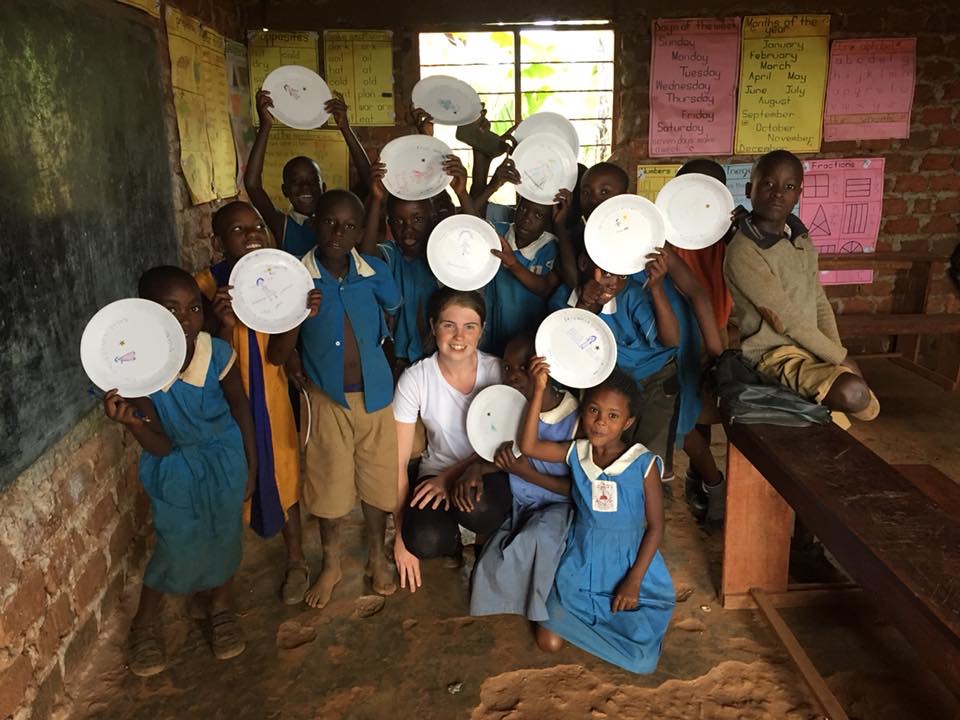 The teachers in all the partner schools received counseling and guidance awareness from the team. 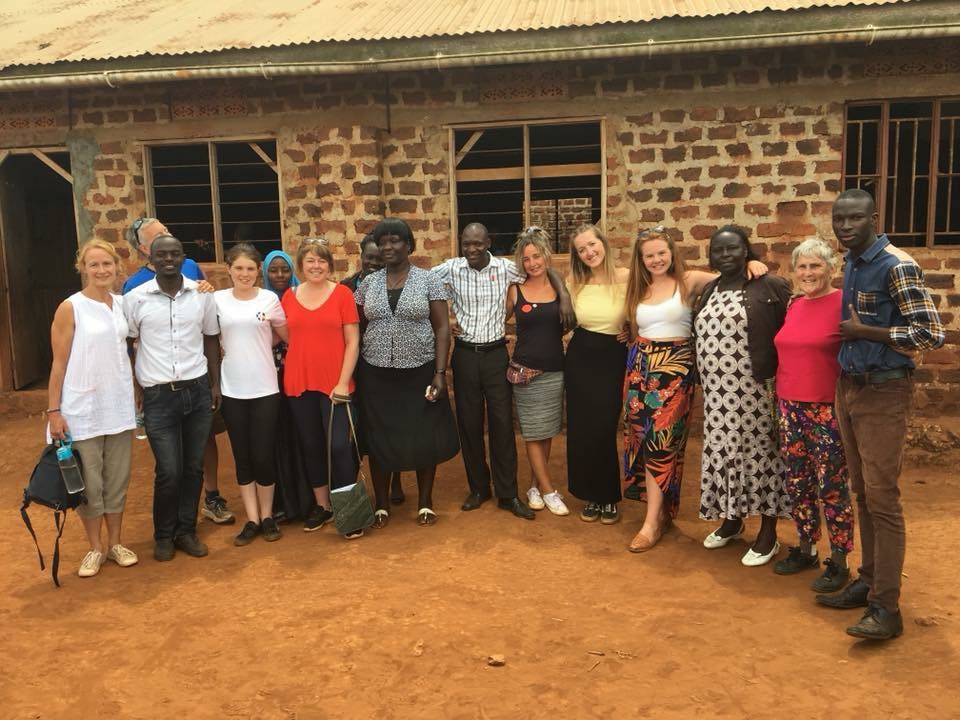 The team visited some community resource Banking groups to see some of the work they do. The groups visited were in Katungulu, Kisaala, and Kitega. The stories were all insipiring and the welcomes were special. The women and men in VICOBA just couldn’t stop telling their testimonies and the dreams they had for the future. The team had a mix of professionals and we used the fellowship time to listen to the stories and also ask questions for the team to help. It was special having some of their health, business and personal life questions answered by the team. The Riverside team visits were an inspiration to the VICOBA groups! 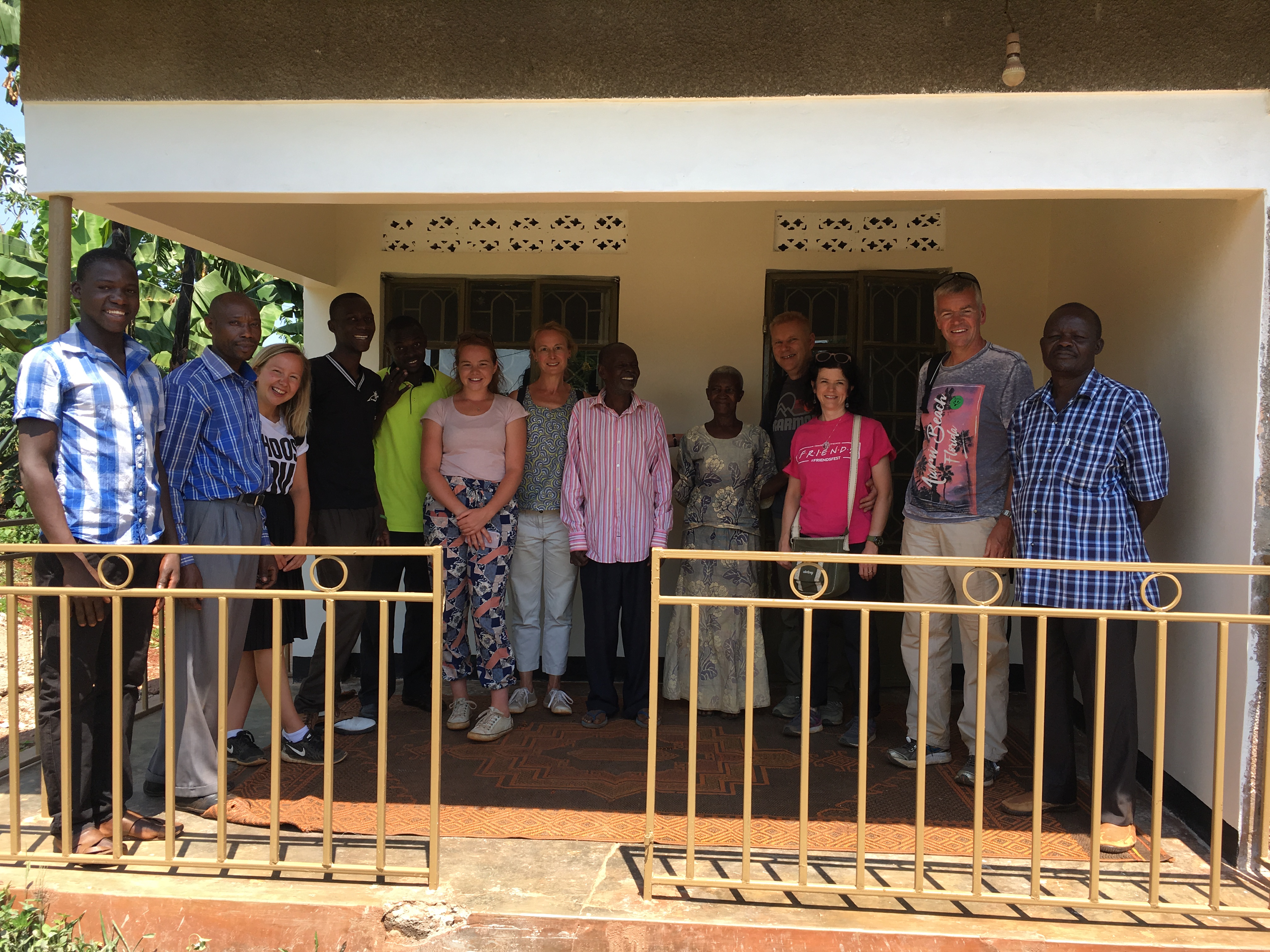 The team also visited a community that has benefited from the church and community mobilisation process, locally known as Tusisimuke in Kitega. The stories relating to how the model has changed lives were encouraging. People learning how to read, VICOBA groups emerging, different churches working together for the good of the community etc. It was a joy to listen to all the stories and also worship and praise with the communities. 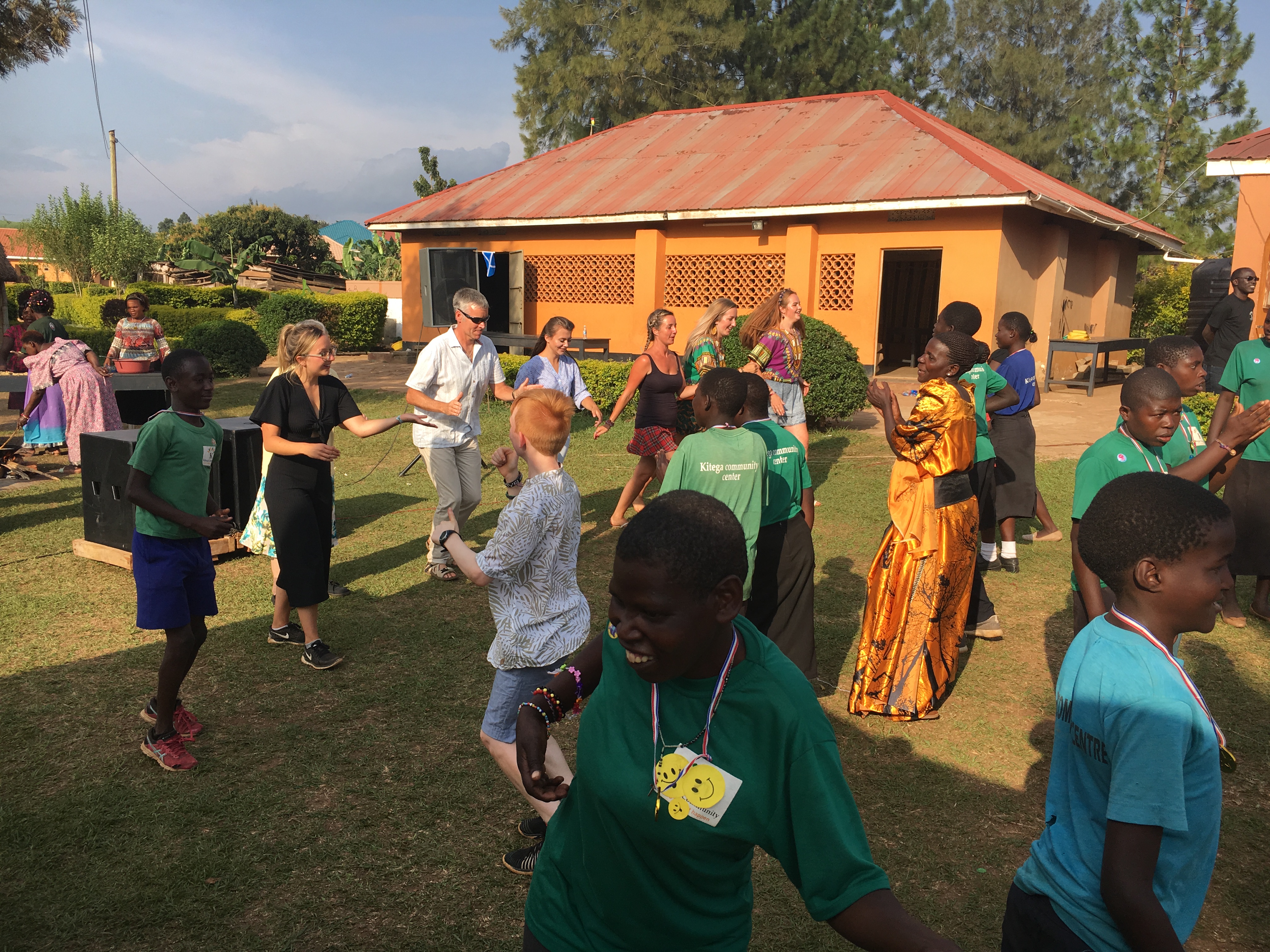 The team also led the church service at St Andrews, one of the local churches in Kitega. Yes it was a different service than usual but a total blessing to the local congregation in Kitega. 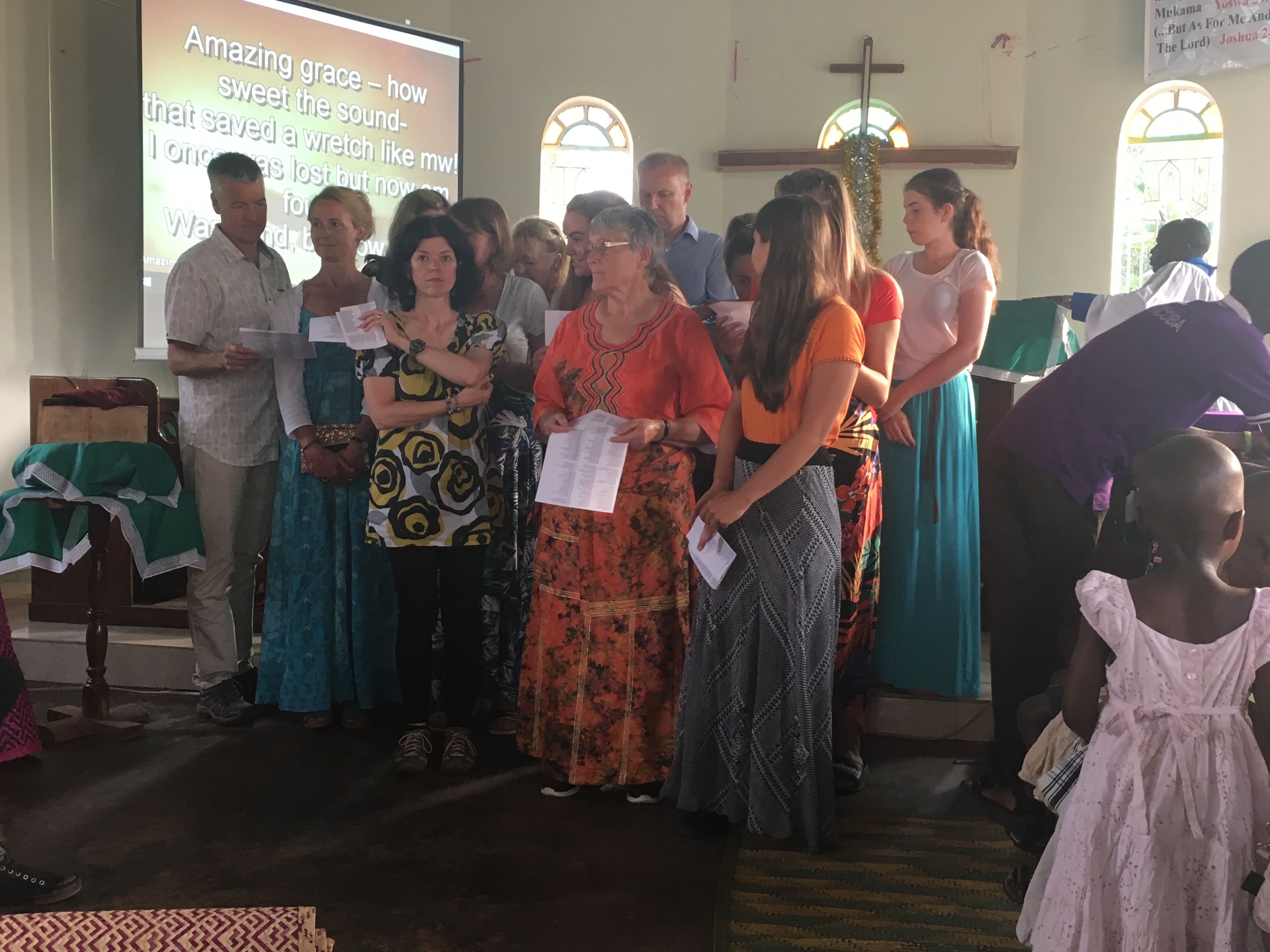 The team also visited some homes to see some of the children’s livelihood projects, made visits to the regional hospital, the area prison among others

At the Kitega Centre the team painted a wall putting so many words of encouragement and managed to translate all of them in Luganda. 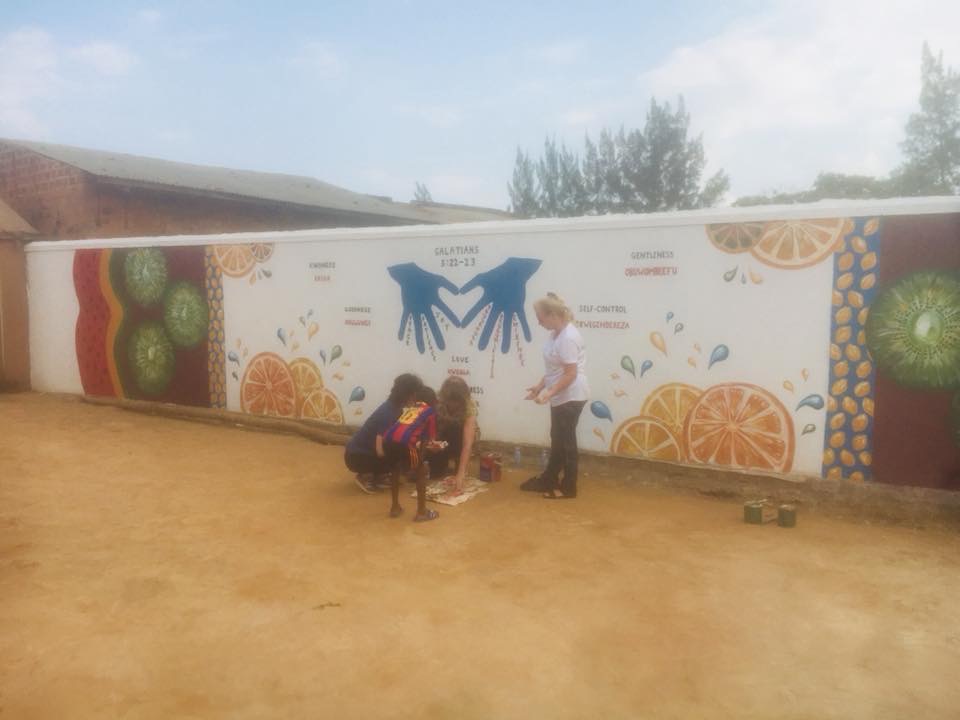 And here is our new sandpit, and play area, another blessing from the Riverside team. 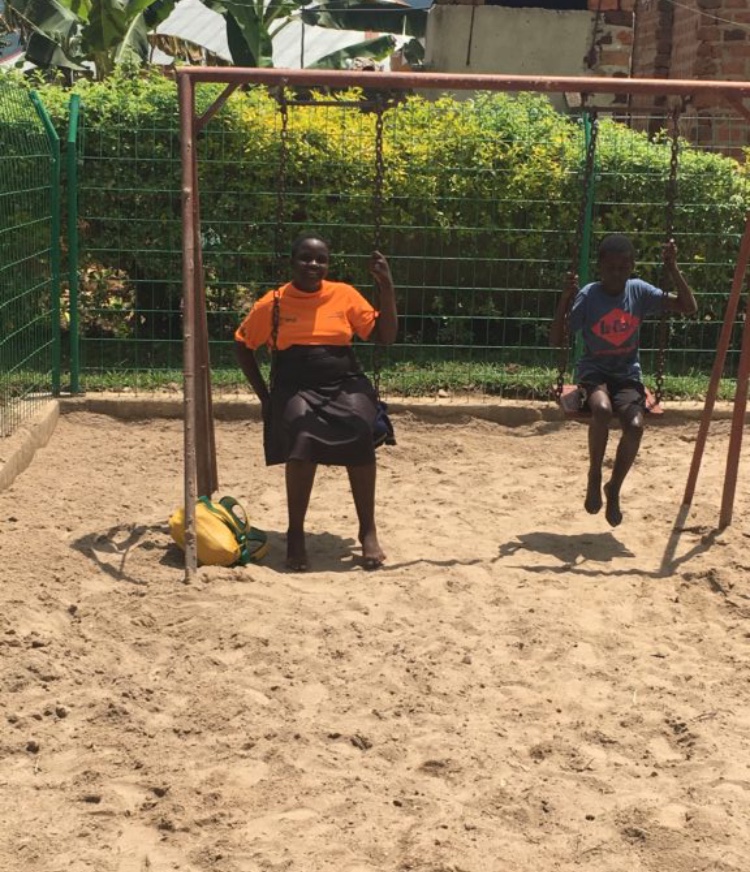 Thank you Riverside Church for being part of the Kitega Story. May God continue to bless you all. 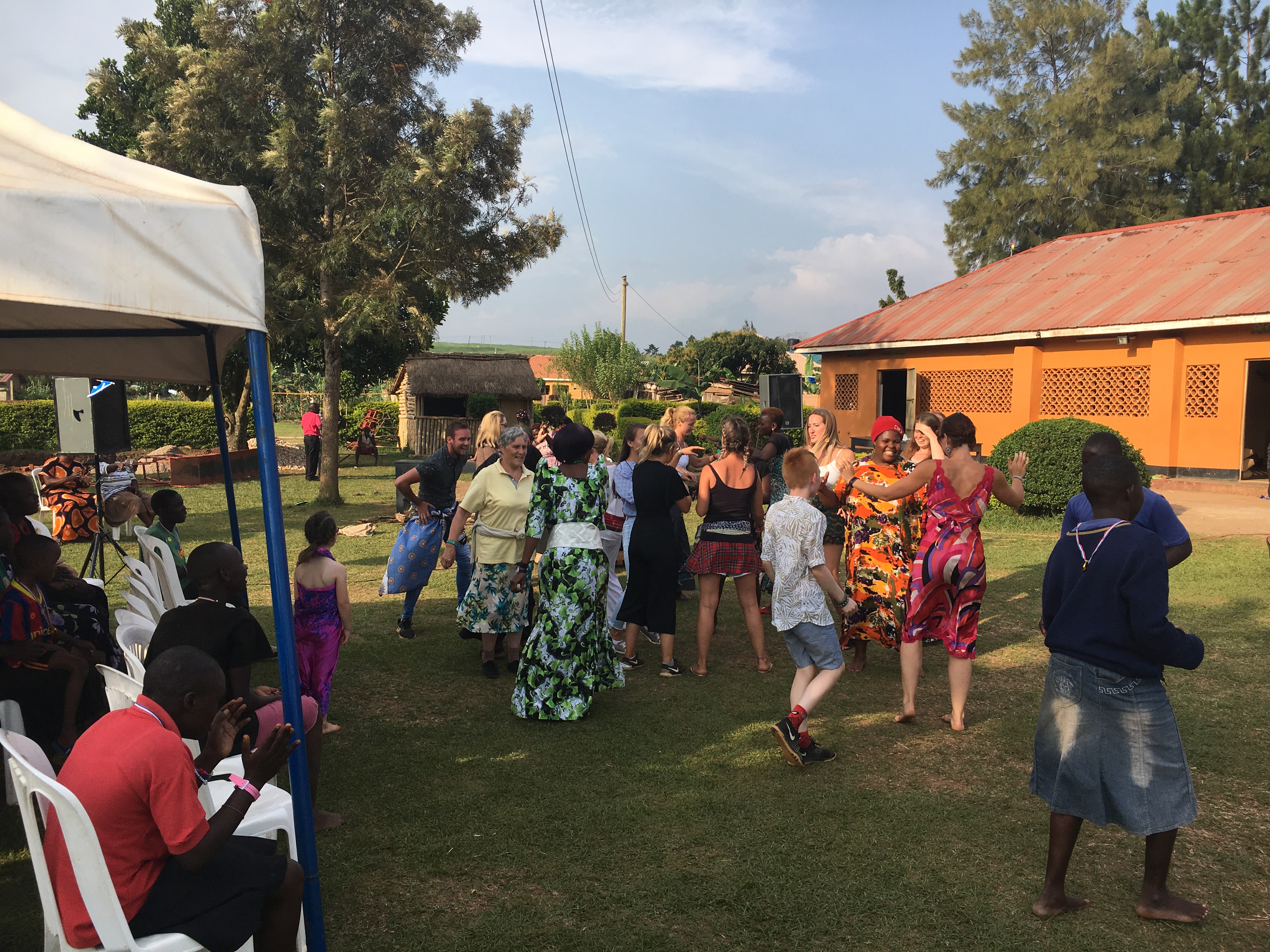 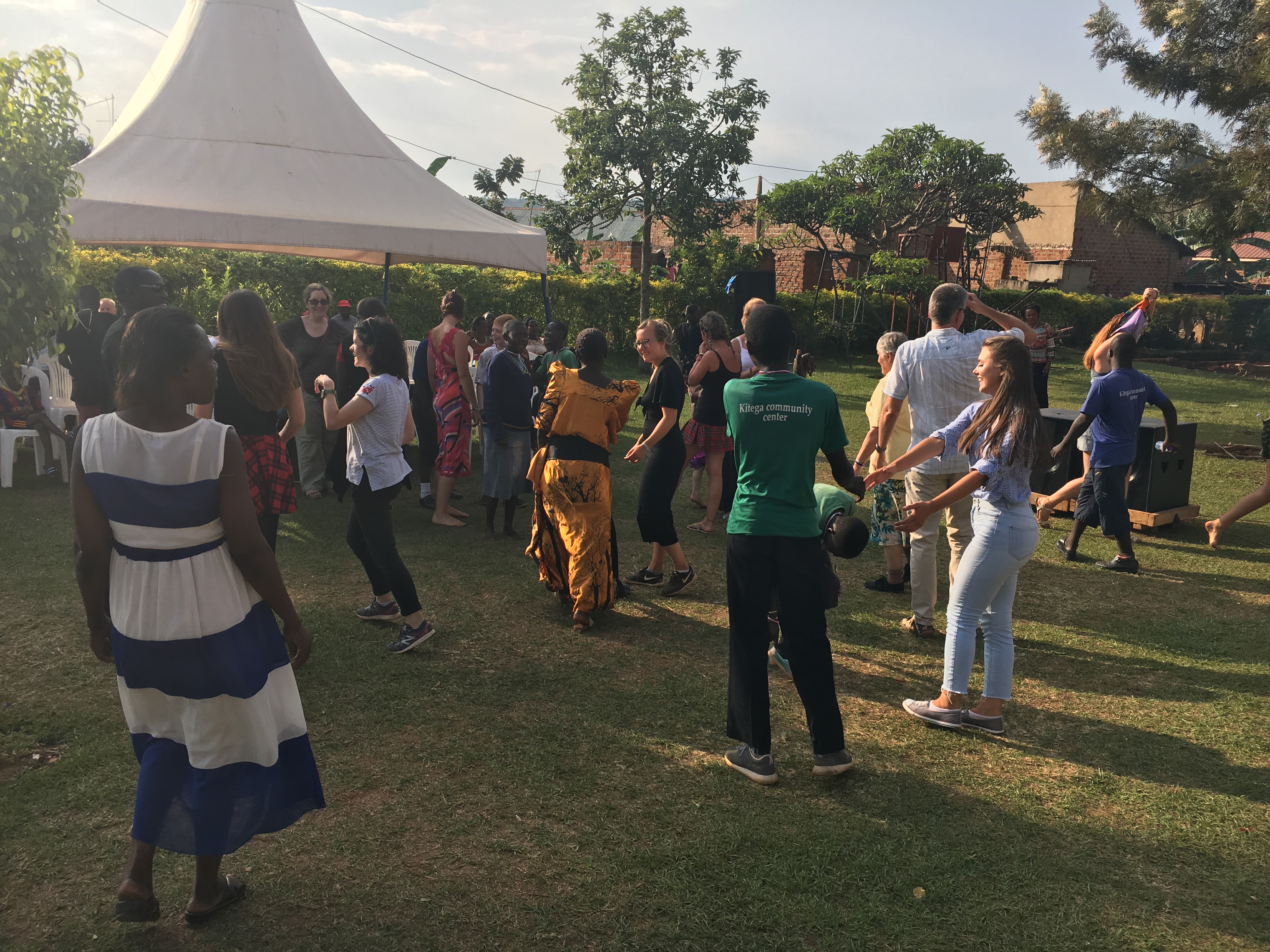 For more details about the teams’ time at the Kitega Centre, you can visit their blog: 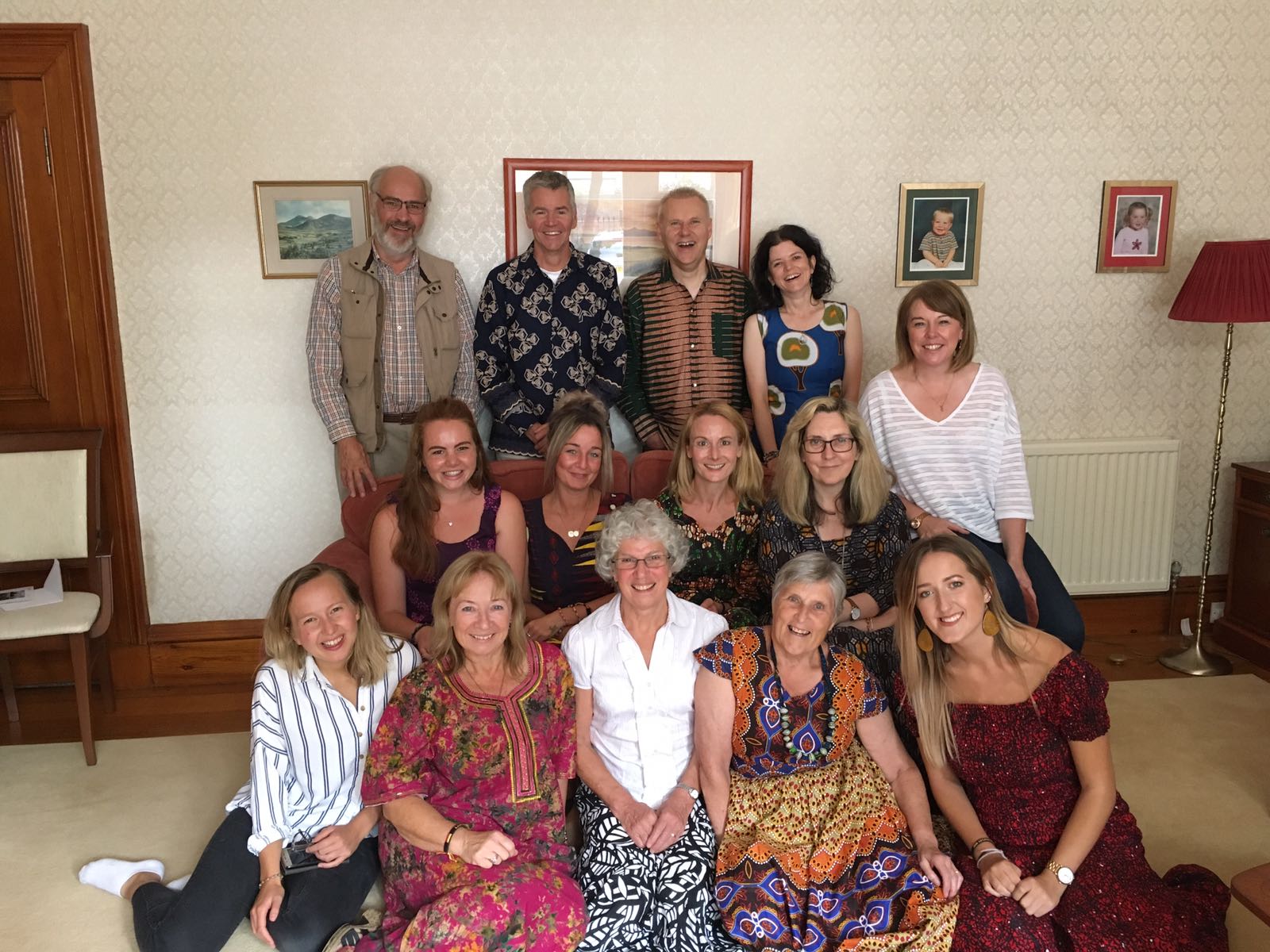 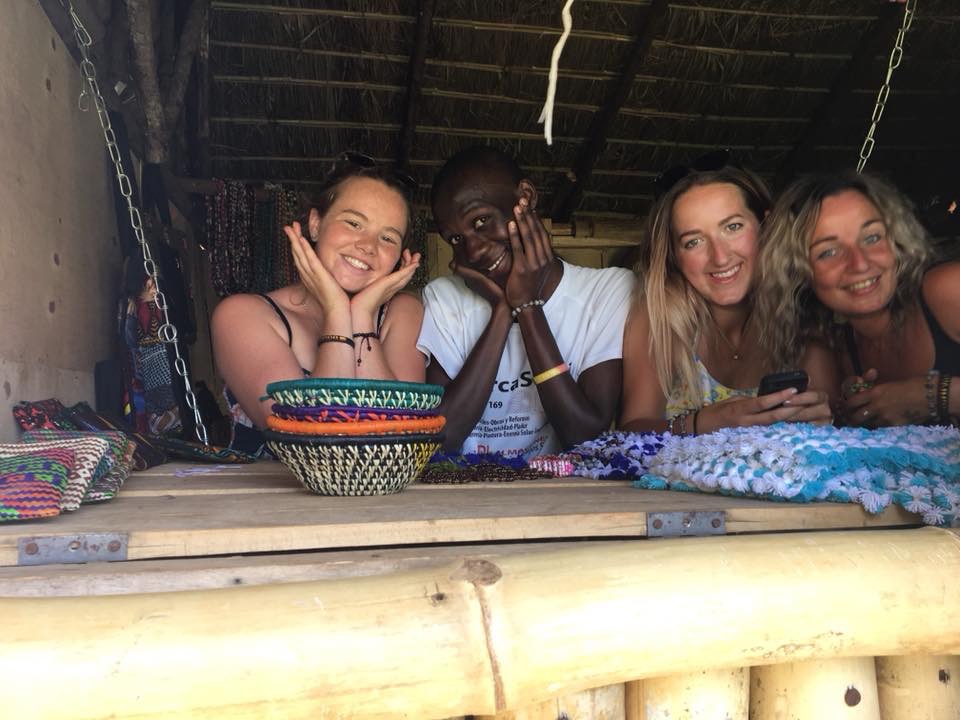